As EXOLs celebrate the 5th anniversary of their official fan club on August 5, let’s look back at a few of the many times that the EXO members showed their love for their fans. 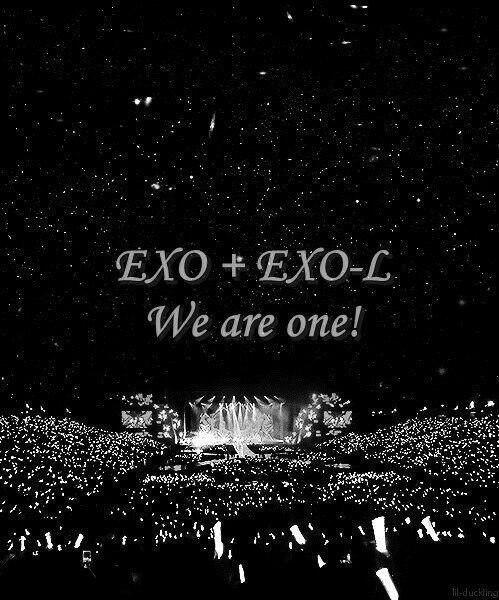 1. EXO members often pay for food support for their fans

Each one of the EXO members has taken out money from their own pockets to buy food support and other gifts as a way to say thank you for their fans. EXO members once gave out 1500 tickets to lotte world to EXOLs. Sehun spent 6.6 million won purchasing snacks for his fans on his birthday. Chen even rented a cafe and gave fans cafe coupons with no expiration dates or price limits. The EXO members often rent food trucks to offer a form of ‘reverse fan support’ for their fans to thank them for their hard work and support.

#EXO is actually famous for their "역조공" which means reversed fan-support! EXO's reversed support is super legendary, going from food truck support to Lotte World tickets! "Amazing ㅠㅠㅠㅠ Their hearts that think of fans is so pretty ㅠㅠㅠㅠㅠ" https://t.co/ZagZGlSPxB pic.twitter.com/DSML42zSRS

2. EXO performed for 6 days at a smaller venue to be closer to their fans

For their recent EXplOration tour, EXO opted to perform at a smaller venue which has a capacity of 15k for 6 days rather than a larger venue with a much bigger capacity of 90k, just for their fans. As many fans feedback that they were unable to properly see and hear them when they perform at a large venue, the boys decided to perform in a smaller venue that would allow them to be closer to their fans. The EXO members really worked hard and tirelessly gave their all for 6 days just for their fans.

Instead of performing 1 day on a 90k stadium EXO performed for 6 days IN A ROW in a smaller venue to hit that audience JUST because EXOL complained about Jamsil years ago cause they couldn't see well and get closer to them.

3. Yixing would rather be pushed than have his fans get injured

Even though Yixing is not always physically present with the other EXO members, he has always talked about how he is still part of EXO and how much he loves his brothers in the group and the fans that are always supporting him. In this video, it is seen that he is pushed by fans that have gathered in the airport but rather than getting angry, he is more worried. He tells his fans in Chinese, “You can push me, but please don’t fall down”. Yixing loves his fans so much he would rather be pushed than see his fans get injured.

in this video yixing tells the fans (in chinese), "it's okay to push me, just don't fall down", do you guys understand why i say we don't deserve him 😭 pic.twitter.com/JTFN3u1VOZ

4. Even when things are hard, Junmyeon would put a smile on his face for fans

As the leader of EXO, Suho has always shown a lot of love for EXO-Ls. He is often seen doing the EXO-L sign, and he never fails to bring up EXO-Ls in every speech as he humbly thanks the fans for always working hard and supporting them. One of the hardest times in EXO’s careers would be when Kris left the group back in 2014, and many fans were greatly upset by this news. Although the whole of EXO was also upset and affected by the news, Junmyeon was still seen with a smile on his face when he greeted fans and he assured them all that things were going to be okay. When EXO got their first win for overdose, Junmyeon was again seen smiling, though he was obviously upset, and assuring fans that EXO will still be okay because “We are one”.

5. Chanyeol got a tattoo for EXOLs

Chanyeol has quite a few tattoos inked on his body, but one that he has talked about being very special and close to his heart would be the tattoo that he got for EXOLs. Chanyeol has talked about how the tattoo expresses his love for his fans, that tattoo read “L-1485” and he said that he got it because this way, all EXOLs will always be a part of his body until the day he dies.

6. EXO went to China to perform even though they might not get paid

In 2016, EXO reportedly didn’t get paid for a concert they were scheduled to perform at in China. This was the Shanghai K-friend concert, and the organizers invited EXO to perform but ended up not having enough money to pay for their appearance fees. In the end, despite not having any makeup artists that day and not receiving money for their performance, EXO still showed up and give their all for the fans who came specifically to see them.

7. EXO expresses their love through their music, especially songs they write by themselves

The EXO members have dedicated quite a few songs to their fans, and these songs have the cutest lyrics. Kyungsoo and Jongin teamed up to come up with the lyrics of XOXO which is a song that is full of love with lyrics like “I want you, XO, I only have you. I only have you, I only have you”. Baekhyun and Chanyeol also came together to write the lyrics of the song Lucky, in which they sing about how lucky they are to be born at the same time as their EXOLs. Lastly, Yixing, Jongdae, and Chanyeol also came together to write the beautiful song, Promise, just for their fans. The song originally did not make the cut to their album, but Yixing fought very hard for this song to be heard. Promise contains lyrics which addresses the situation of the members that had left the group and it serves as a promise from the EXO members to the rest of their fans that they will stay and continue to work hard as one.

Happy 5th Birthday to EXOLs, it is evident that EXO greatly loves all their fans and the feeling is definitely mutual! Here’s to many more years of EXOLs loving EXO and EXO loving EXOLs back!

Fans spotted a “mistake” that’s too good to correct. TWICE has a new, honorary 10th member: BTS‘s V! Over the years, TWICE and BTS have had some memorable interactions during events like ISAC, award shows, and more. At 2016 KBS Song Festival, they performed snippets of each other’s songs, like TWICE’s “Cheer Up”. They’ve also jammed out to each other’s music during their own...

On August 8, Big Hit Entertainment issues an official statement, announcing the cancellation of TOMORROW x TOGETHER’s participation at the ‘Lotte Duty Free Family Concert‘, as well as the postponement of the group’s first comeback since debut. According to Big Hit, TOMORROW x TOGETHER members Soobin and Yeonjun are currently recovering from illnesses and injuries, as Soobin is suffering from infectious conjunctivitis... 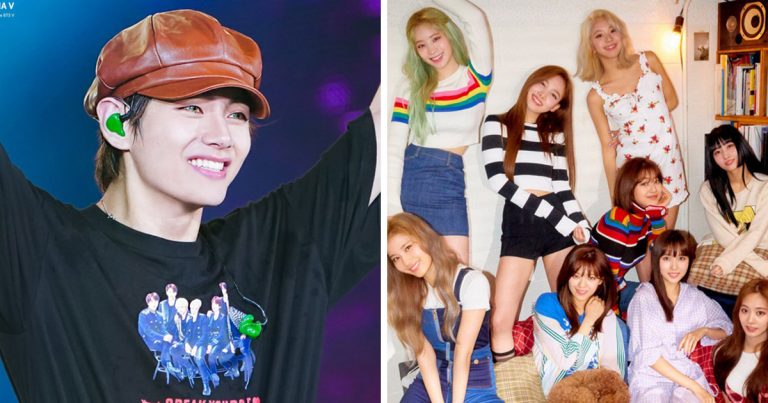 Fans spotted a “mistake” that’s too good to correct. TWICE has a new, honorary 10th member: BTS‘s V! Over the years, TWICE and BTS have had some memorable interactions during events like ISAC, award shows, and more. At 2016 KBS Song Festival, they performed snippets of each other’s songs, like TWICE’s “Cheer Up”. They’ve also jammed out to each...