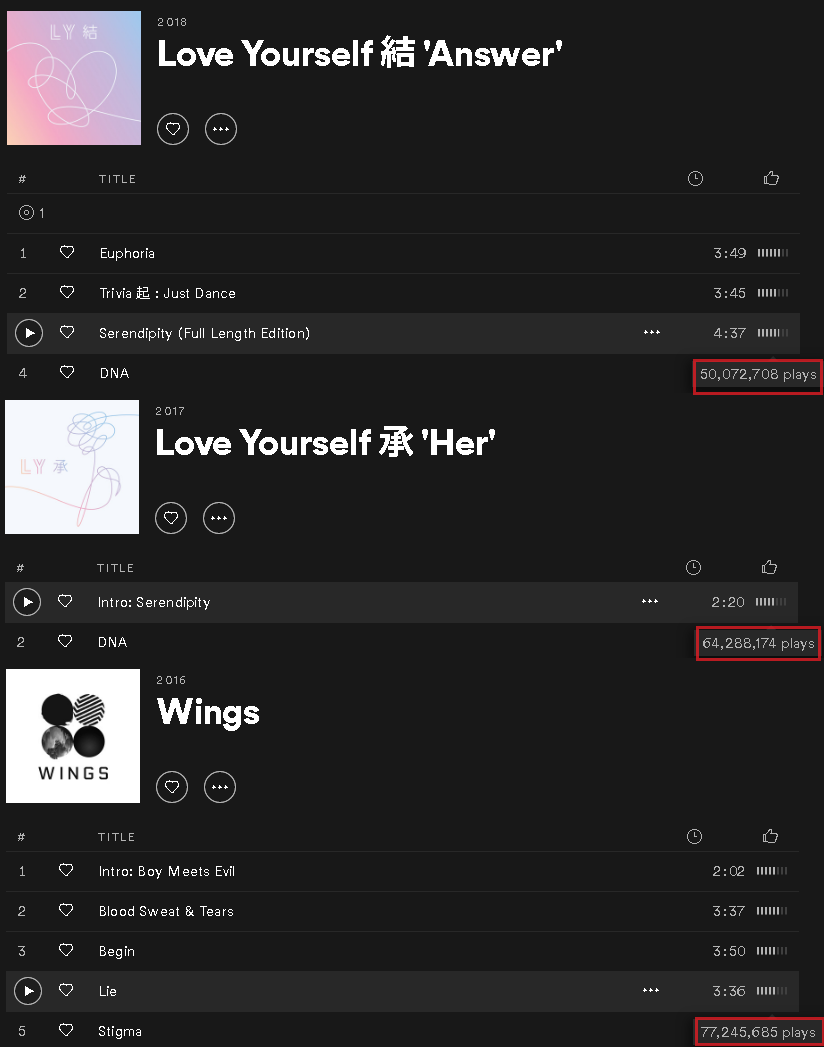 Notably, Jimin’s solo songs have also been listed on Official Chart’s 20 Most Streamed BTS Songs in the UK for two years in a row, which proves how popular and loved his solos have been. 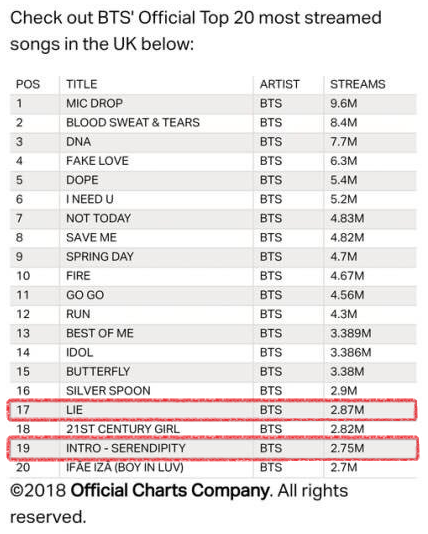 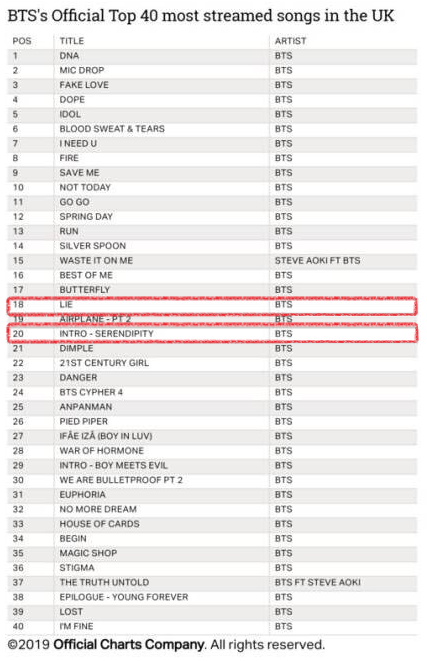 Prior to this achievement, Jimin’s solo songs have garnered praise from Korean and international media. “Lie” has been picked as a contest song for YG Treasure Box and Produce 101 series. It caught the attention of fans since it showcases Jimin’s unique vocal talent and expressive dance performance. The song has also been widely covered by idols for its intricate choreography and vocals.

“Lie” has also gained attention in the US. Billboard praised Jimin’s performance of his solo, stating that he “took things to another level with his expressive delivery of the song’s dramatic choreography, telling a message as much with his body as his vocals.”

Meanwhile, “Serendipity” has gained the attention of European and North American audiences. His live performances are often described as “sweet and sensual,” with vocals that are “sweet and elegant.” This solo song earned praise from various celebrities in the United States including Shawn Stockman of Boyz II Men, Maria Canals Barrera, and Khalid himself.

YALL I JUST MET THE MOM FROM WIZARDS OF WAVERLY PLACE AT MY JOB AND WHAT SHE SAID ABOUT SERENDIPITY PLEASE I LOVE HERRR @Maria_CB 💜💜💜 pic.twitter.com/OZ96HLl5ya

PLS KHALID IS JAMMING TO SERENDIPITY WHILE JIMIN IS PERFORMING PLS THIS IS SO CUTE pic.twitter.com/pCzzEQEjNq

BTS V’s voice is “Brilliant Potential Given By God”

The wide vocal range of BTS V has become a topic of conversation and V’s potential as a singer is gaining attention. Speaking of V, it’s his charming point that you can’t imagine a deep, distinctive vocal sound of him by just looking at him. Not only he has unrealistic visual that looks like a painting, but also...

He couldn’t help himself! Among his fans, NU’EST‘s Minhyun is well known as and teased to be “Aeong-i”, which is similar to a meowing sound and is often an affectionate term to call cats. And when he was spotted being completely mesmerized by confetti on stage, fans knew they had nicknamed him right. At the Segno Tour in...